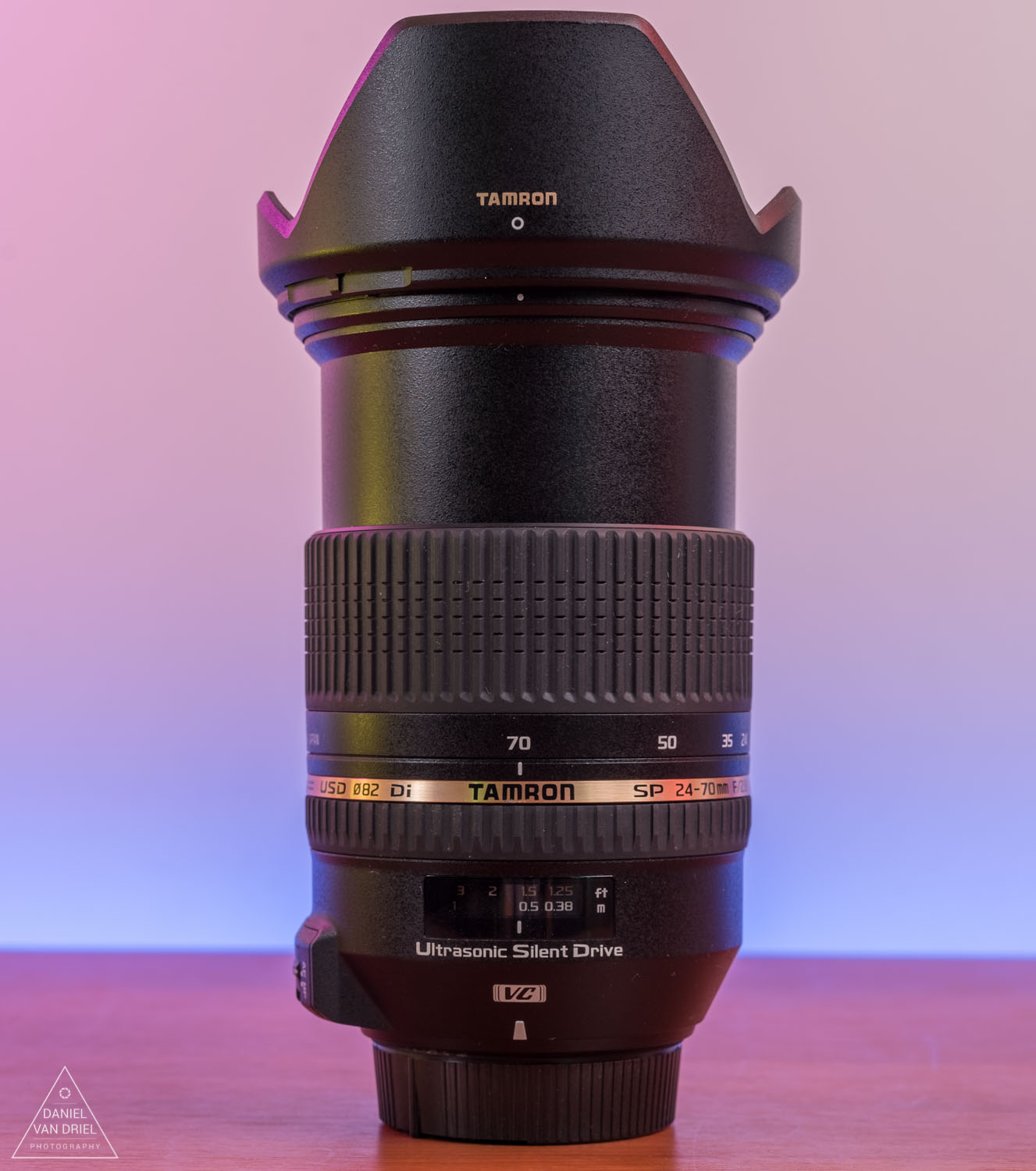 The Tamron SP 24-70mm F2.8 Di VC USD herein dubbed the Tamron 24-70, is one of two 24-70mm F2.8 full-frame stabilised zoom lenses available on the market. The other being the Nikon AF-S NIKKOR 24-70mm f/2.8E ED VR, which retails for almost three times the price! Canon has yet to introduce a stabilised version of its 24-70mm F2.8 II USM. So how does the lens perform in the real world? Read on…

The lens has the fastest AF of any lens I have ever used. That includes the following:

My one gripe in the focusing department is the immense amount of focus breathing prevalent in the lens. Focus breathing is a phenomenon that reduces the magnification of the subject when focusing on close subjects. For example, the lens at 70mm focused on a faraway landscape will have a more telephoto angle of view than the lens at 70mm, focusing at close headshot ranges. I noticed the breathing within the first few seconds off mounting it on my D750. Does this affect real-world performance or versatility, not really… It’s more a problem on proper portrait lenses like the 70-200mm F2.8 lenses, which all exhibit the same problem with the exception of the Canon 70-200mm F2.8 IS II USM and some of the older, significantly less sharp versions of the 70-200mm F2.8 lenses from most manufacturers. Although it isn’t a practical fix to the problem, focus breathing can be remedied by the use of extension tubes.

The lens is unusually wide, especially compared to the Nikon 24-70. It’s comparable even to the Tamron 70-200, its huge, especially when extended to 70mm.

Build Quality& Feel in the Hand

It does pail in build quality compared to the Sigma ART series lenses or most first-party F2.8 lenses. The lens is I’m sad to say rather cheaply made in terms of feel in the hand. The first thing I noticed grabbing the zoom ring is it isn’t exactly flush and hence moves backward and forward. It even slightly depresses when you turn it. Maybe I’m exaggerating, and this doesn’t at all demean the lenses great optical performance. If you want better build quality, you’ll have to step up to the Nikon version. Given the price though, it’s hard to complain.

Similar to the Nikon, it has an 82mm front filter thread, larger than the 77mm standard front filter size of most professional lenses like the Sigma 50mm Art F1.4, most 24-70mm F2.8 non-stabilised lenses and stabilised 70-200mm F2.8 lenses. To remedy this, I got a step-up ring, which adapts my 82mm filters to my 77mm filter threaded lenses. You can get one on eBay for spare change.

The lens is also advertised to be weather resistant, a nice addition. The lens also features a zoom lock, which you can activate when in the retracted 24mm position (when the lens is at its smallest). This prevents zoom creep. Zoom lock is often found on larger wildlife telephoto lenses. I seldom use the feature, but its there for those who want it.

Weather Sealing Gasket in the Mount

The biggest design flaw in the lens is how the zoom and focus rings are arranged. The zoom ring is further away from you than the focus ring. In practice, this means you’ll always find yourself accidentally manually focusing every time you zoom.

Another annoyance is if something gets in-between the lens barrels when zoomed (lens extends in length when zoomed), the lens becomes very difficult to zoom. This has happened to me and has become a major annoyance. I ended up zooming it in and out until the piece of fabric fell out. Since then, I haven’t had the issue. Keep lint ridden clothes away from the lens when storing in bags! I have to cut Tamron some slack, as all 24-70mm F2.8 lenses extend and retract, so this isn’t a problem specifically with this lens.

Sharpness of at the centre of the frame at 24mm

Sharpness at the centre of the frame at 70mm

The results show the lens (at the centre) is sharpest at F4.5 when zoomed to 70mm, and F3.2 at 24mm. It is also observed there is a huge difference in sharpness between F2.8, F3.2 and F3.5 at 70mm. This huge disparity in sharpness around F2.8-F3.5 is not present at 24mm. The usual decrease in sharpness due to diffraction is seen when stopping down past F14.

In conclusion, Tamron has a habit of labelling their lenses with SP, standing for Super Performance. Although I believe they have been slapping the term meaninglessly onto pretty much all of their lenses, for this lens, I can defiantly agree. The lens has great image stabilisation, optical performance and is fantastic value for the money.