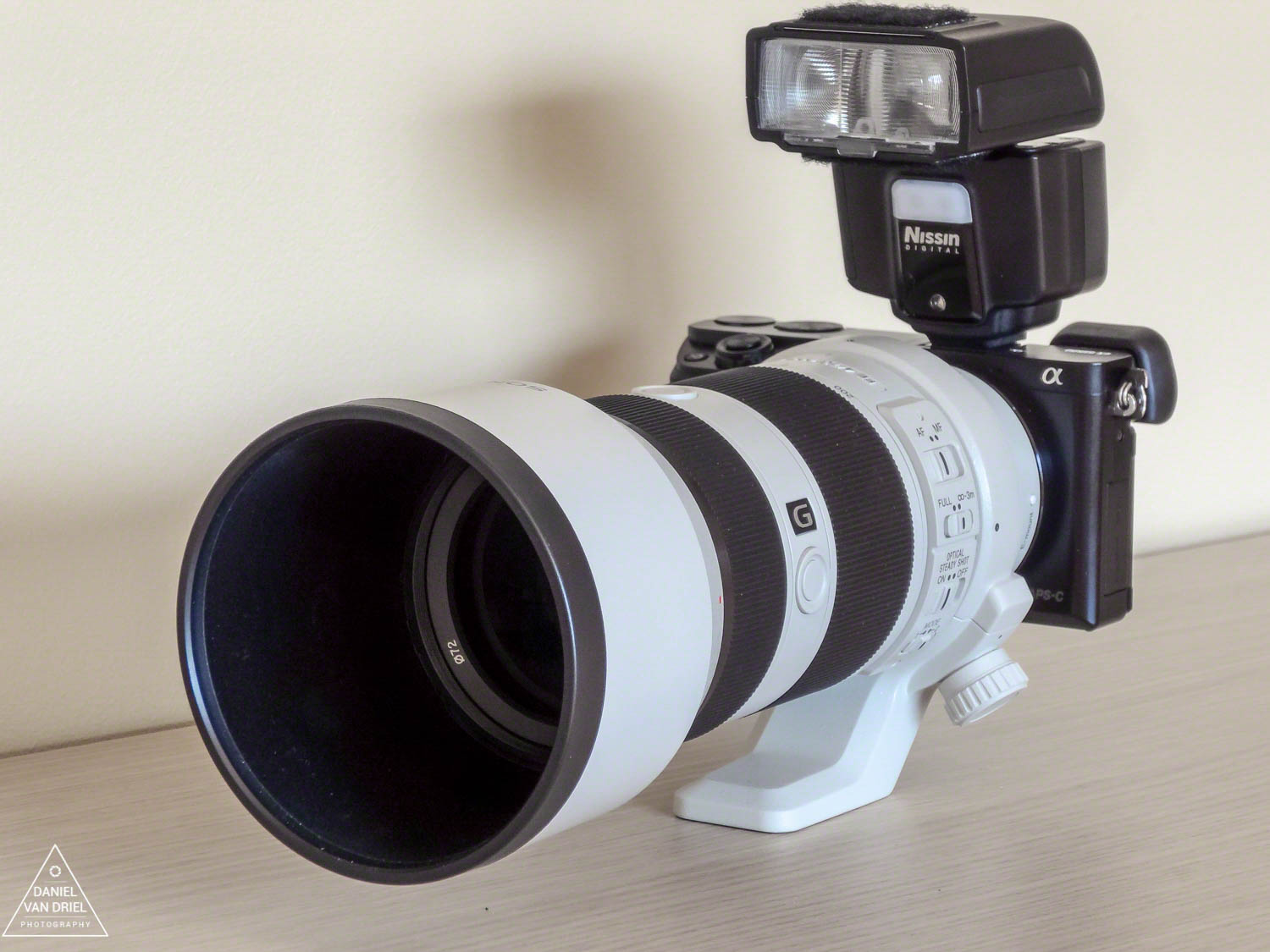 The a6000 is Sony’s best selling mirrorless camera and for good reason. My first decent camera, I primarily used the camera for sports, wildlife, landscapes, astrophotography and events. I have stretched the camera to its limits. Over the course of a years time with the camera, I have finally compiled my thoughts into this review.

For a while, I had always wanted to upgrade to full-frame. This is most evident in the above photograph, depicting a full-frame lens attached to the camera. However, I hung onto this camera as long as I could and pushed it to its limits.

Starting with the build quality, it’s what you’d expect for the price. The camera’s grip creeks when held and the EVF’s resolution is 1.4 million dots, compared to 2.3 million of the full-frame Sony cameras and the previous NEX-7. The shutter button also feels quite unresponsive. If you are happy to live in an ignorant bliss, don’t try an a7 or full-frame camera, as going back will leave you a little disappointed.

Perhaps the biggest reason I upgraded to full-frame, the low light performance of this crop sensor camera although good for the price, is just not usable for indoor sports. This isn’t specific to this camera, however. The camera focuses well, although not as good as DSLRs. The 11FPS continuous shooting mode can be a lot of fun and partly compensates for the AF. Predictably though, this leads to the buffer being completely filled faster than I can sneeze, not to mention your hard drives and SD cards. Perhaps most annoyingly, if I wanted to review the photos, I’d always have to wait for the buffer to empty.

If you want to shoot indoor sports, I’d probably have to recommend another camera, as the Sony E-mount zoom lenses are slow and unsharp. I regularly used a fast prime lens instead, but I had to crop the photos so much that they became unbelievably noisy anyway. I have had to push the camera to almost 25600 ISO in indoor sporting environments, which yielded completely awful results. When I upgraded to the Sony 70-200 F4 G OSS lens, the focusing was a bit worse than it was on the full-frame a7ii. This is partly due to the 1.5x crop factor for APS-c, which means 1.5 must be multiplied to the aperture of the APS-c camera to predict the full-frame equivalent aperture. So, F4 multiplied by 1.5 is F6, which is pretty unusable for indoor sports or low light events. The lens was also far sharper on the a7ii, which can be expected when using any full-frame lens on a crop sensor camera.

Shooting low light events with this camera turned me into an ISO bandit. The camera does fine when used in conjunction with a flash (I used the Nissin i40 flash and Nissin Di700a flash) and fast prime. However, the photos start looking bad above ISO 1600. Having printed ISO 800 photos, it almost looks like your subjects have skin problems when compared to photos printed at ISO 100.

This was certainly one of the most stellar things about this camera. The camera has a comparable dynamic range to many full-frame dSLR’s. As long as you shoot at ISO 100 and are using a sharp prime lens, you can get some great results. The kit 16-50 f3.5-5.6 lens is very unsharp, yielding at best, 6 megapixels of detail (usually less). A pretty depressing number, considering the camera has a 24-megapixel sensor. Additionally, the lens has horrid distortion, lacks a lens hood, and has a different filter size to all other Sony lenses (40.5mm).

The camera’s lightweight is great for travel photography. I have taken the camera to Japan, where it survived the snow despite the omission of weather sealing. I will caution about using the camera for astrophotography. The low light ISO performance requires a good amount of median blended images to remove noise, which can be hugely computer-intensive. I got far better results when I upgraded to a full-frame Sony a7ii and Nikon D750.

The a6000 is a good camera. It’s great for those just getting into photography, and when it’s weaknesses start to show, you can always step up to the full-frame a7. Just don’t go overboard on the E-mount lenses specific to the APS-C sensor size if you believe you’ll be upgrading.

Good image quality, customizability, ergonomics, focusing, EVF and more make the Sony a6000 a great travel and outdoor camera. The low light performance is average amongst APS-C sensor cameras. I have to give Sony credit, for rolling out software updates that include the addition of the XAVC-S video codec and unlike the a7 cameras, you hopefully won’t have to worry about the next model coming out 6 months down the road.

Update: As of February 2, the a6300, the a6000’s successor has been announced. With 4K, it’s a compelling upgrade for videographers.