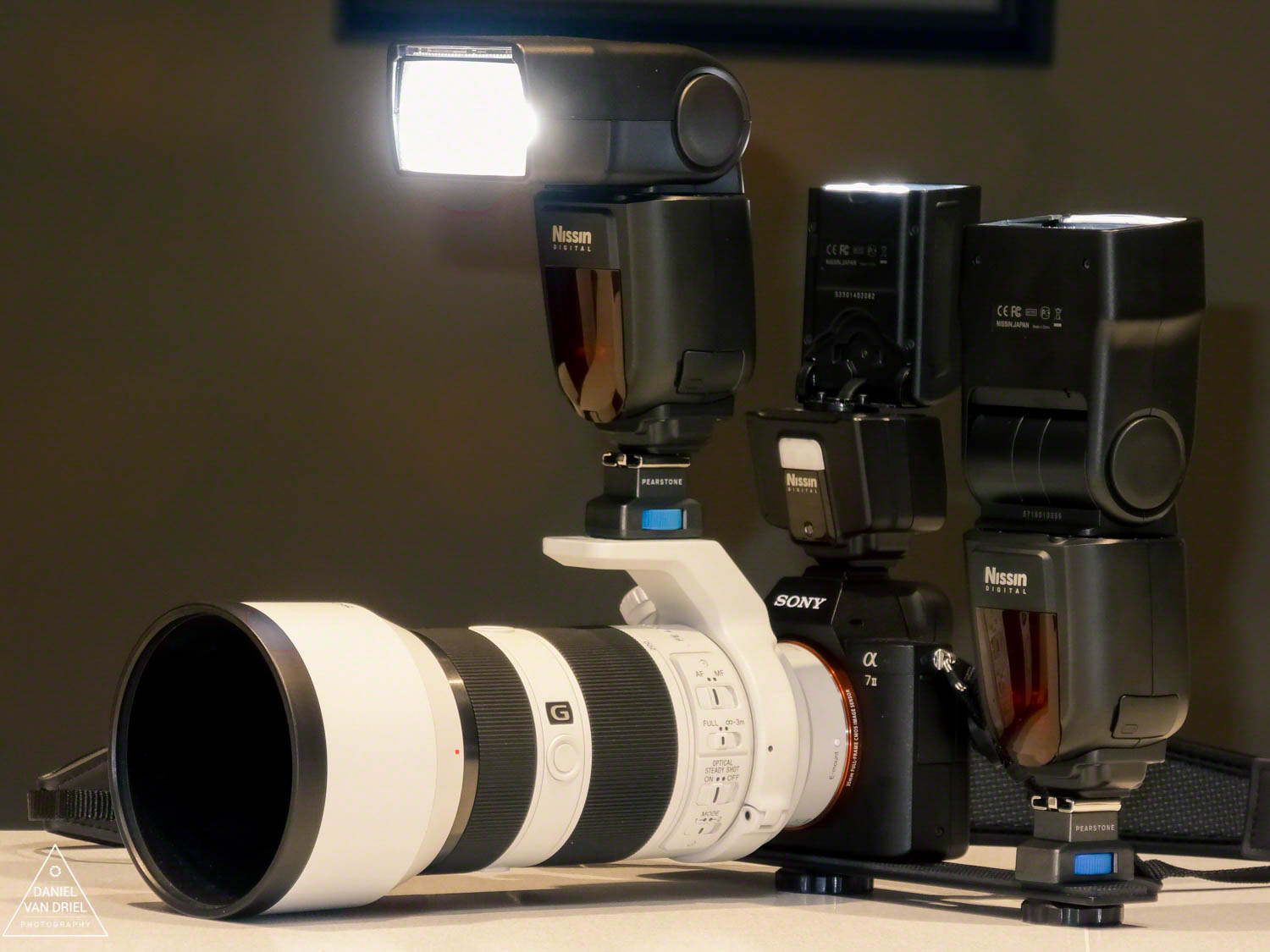 The Sony a7ii offers improved ergonomics and in-body image stabilisation over its mark 1 variant. My first full-frame (FF) camera, I upgraded to the a7ii after attempting to shoot low light events with my Alpha a6000. There were a number of first impressions I had.

An approximate 2.25 stops (1.5^2 = crop factor^2) improvement in low light ISO compared to the a6000 was immediately striking. Being able to shoot at ISO 8000 on the a7ii looking roughly similar to ISO 3200 on the a6000 was invaluable for weddings and great for prints.

Not only that, but the base ISO of both cameras (100) on the a7ii yielded 2.25 times less noise than the a6000. Although admit-ably a luxury, it was definitely noticeable for my landscapes, especially when recovering shadows. The dynamic range was very similar between both cameras. According to DxoMark, the a7ii has a 0.5 stop advantage in dynamic range over the a6000 and 0.3 stops less than the a7Rii.

Using my Sony FE 70-200 G OSS lens on both cameras, it was far sharper on the a7ii. DxoMark rates the a6000 with the 70-200 F4 as perceiving 11 megapixels (MP) of detail. This compares to 15 with the a7ii. This is based on the 36-megapixel a7R result of 23 perceptual MP multiplied by the ratio of MP between the a7ii and A7R (24/36)*23. Previously, I had never retouched an image. But having upgraded to full-frame, the detail was astonishing and the a6000 images in my portfolio just seem soft by comparison. On the upside, soft images don’t require much if any retouching. If however, you do put in the effort when working with high-quality files off a full-frame camera and sharp lens, you can get some outstanding results.

Putting the full-frame lens on the full-frame a7ii also yielded F4 as a pose to F6 (F4*1.5=F6). Although the a6000 is pretty much universally accepted as the superior focuser, with FE lenses I did find the a7ii focused quicker. Though, its to be expected as the a7ii is taking advantage of the full amount of light the lens gathers.

I had long been unimpressed with the build quality of the a6000. Simply holding the camera, the a6000’s grip would feel like it gave way under pressure of my hand and the shutter button just felt cheap and unresponsive by comparison to the a7ii. The magnesium body of the a7ii doesn’t give way under pressure from hand-holding at all. it feels solid, what you’d expect for the price you pay for this camera. Although I was happy in my ignorant bliss with the a6000 before I ever used an a7 camera, the first time I used one ruined my perception of the build quality of my a6000 forever. However, given the price, the a6000 is still a great value.

The electronic viewfinder (EVF) was another improvement. The difference between 1.44-million dots vs. 2.36 million dots is noticeable. The a6000’s viewfinder was far smaller and more pixelated. I didn’t find the pixilation as noticeable, but the increased magnification is definitely an awesome luxury to have.

Many rave about the in-body image stabilisation (IS) in their new a7ii. Since most Sony lenses are stabilised, it didn’t make much of a difference to me. The one exception is with my 55mm F1.8 lens. One thing that’s great about the in-body IS is it stabilises slight rotations to the camera, most useful when pressing the shutter button.

With the new in-body IS and great EVF, the battery life was awful. At a general 15-hour wedding, I use on average 5 batteries and at times, almost 8. That’s turning the camera off when not being used. My DSLR (Nikon d750) never needed more than 2 batteries.

Having heard mostly positive impressions so far, it’s time for the plot twist. I have some huge problems with this camera in my line of work. When shooting weddings and sports, the 70-200mm is the lens I grab. Sadly, the only native lens for FE mount is the 70-200 F4, which is unusable for professional work without flash. I am often forced to shoot at ISO 12800, which looks absolutely horrible, whereas my coworkers can shoot at ISO 6400 on their Canon 5D’s 70-200 F2.8 lenses. For that reason at receptions, I almost always use prime lenses. For sports, I can’t use it as the 55mm F1.8 is nowhere near telephoto enough, and I end up cropping so much it is worse than using the 70-200 F4. If only Sony would come out with F2.8 zoom lenses, it’s one of the biggest deal-breakers for professionals wanting to use Sony mirrorless.

The next biggest deal-breaker is focusing. Having put together a wedding portfolio, I had to eliminate a huge amount of images that missed focus. Some are kind of usable with a lot of sharpening, but I have missed a huge amount of moments shooting weddings with this camera. And that assumes it focuses at all. Often, it will just focus from closest to infinity and just give up. Luckily, the Sony bodies have built-in AF assist lights. Sadly, they are blocked by the lens and lens hood, so that’s also pretty useless. Happily, flashes usually have AF assist lights. The Sony camera bodies don’t seem to make use of them, however. Fail! The white 700-200 F4 just reflects the AF assist light back into your own face.

The last possible thing to try is manual focus. Focus peaking in good light makes it easy. However, it doesn’t seem to work as well in low light, and the focus by wire lenses make it very frustrating. Turning the focus wheel slowly almost does nothing, whereas turning it quickly makes it focus from closest to infinity in a matter of millimetres. This also makes the native Sony lenses completely unusable for video manual focus pulling.

As aforementioned, the A7ii has improved ergonomics from the mark 1. Holding onto the first a7 was like holding onto a sea urchin, it was awful. The grip in terms of depth was absolutely tiny. The mark two variant has a larger grip, which is far better. Yet, the grip doesn’t seem tall enough to fit my 4 fingers on it without slipping off the bottom. This can be agonising on a long shooting day. Some just tell me, get the battery grip. It’s AU$500, and completely offsets the benefits of the small size and weight of the camera. It’s also is poorly designed, as it doesn’t allow you to keep a battery in the camera, unlike Nikon battery grips.

A great travel camera and great for events, with the exception of sports events and low light weddings. Conversely, it has rather average ergonomics that forces you to change your grip. I still surprise people that I am a Sony mirrorless shooter, especially in the wedding industry. In my opinion, if you want to shoot professionally, get the a7R mark ii or a7Sii. If my experiences have helped you, please share my content to others you’d think would find this helpful.