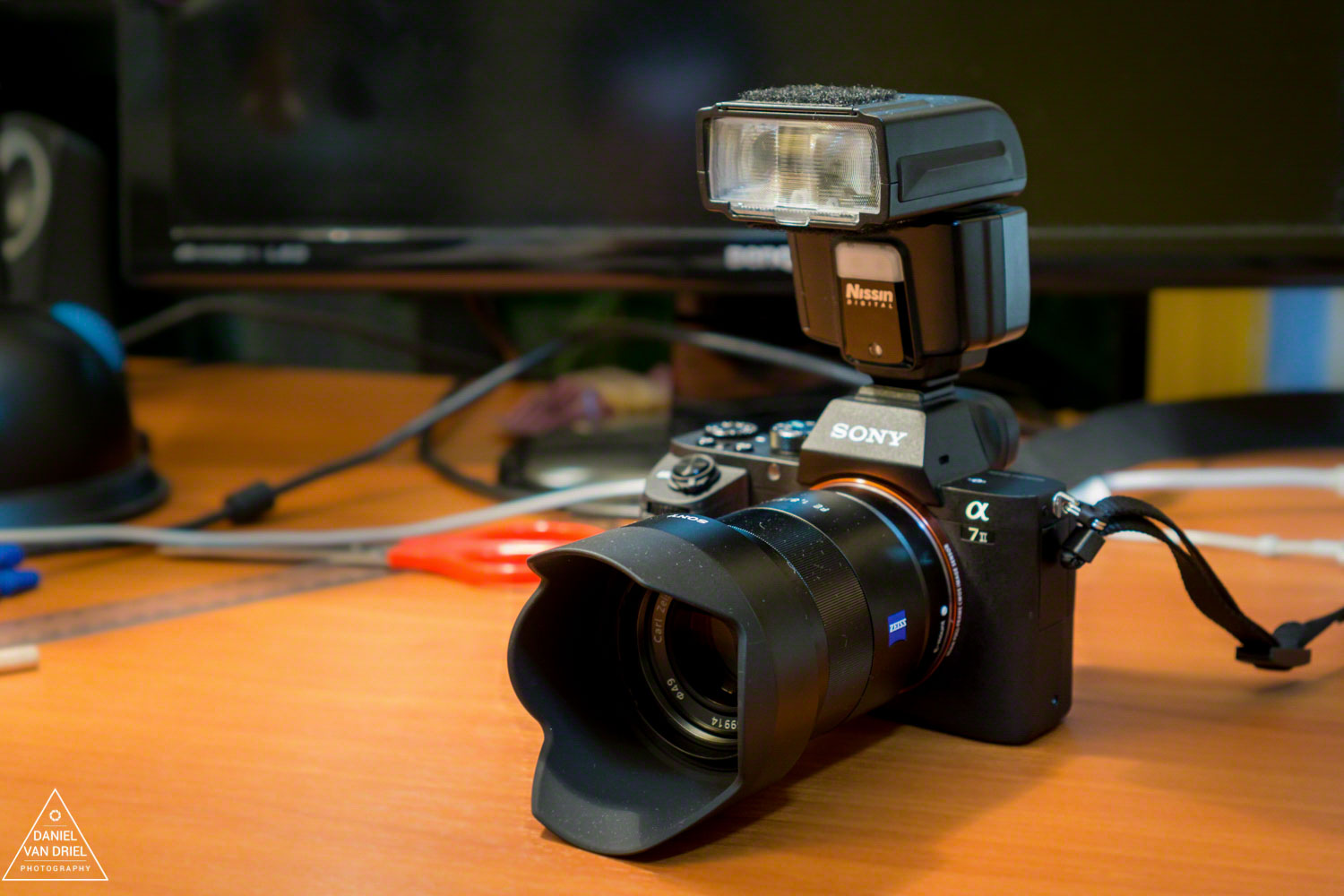 Back in the day, this was one of the first third-party flashes for the Sony Multi-Interface Shoe (MIS) featuring High-Speed Sync (HSS) and Through The Lens (TTL) metering. The thing that attracted me to this flash is the price and ridiculously small design. You may upgrade to a Nissin Di700a or Phottix Mitros Plus system eventually for off-camera flash work, but I do still find use for my Nissin i40.

What’s in the Box 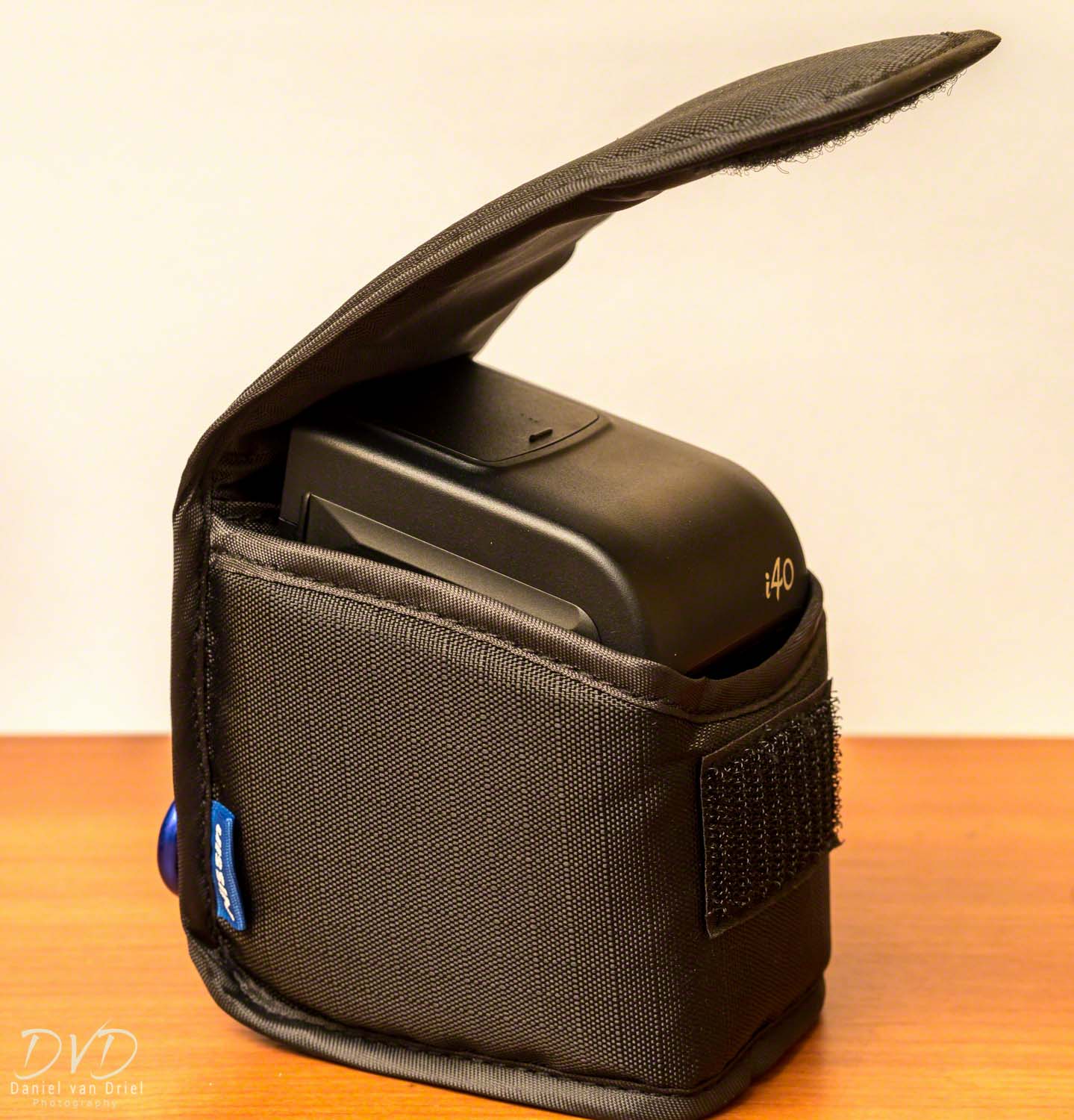 Included Case for Nissin i40 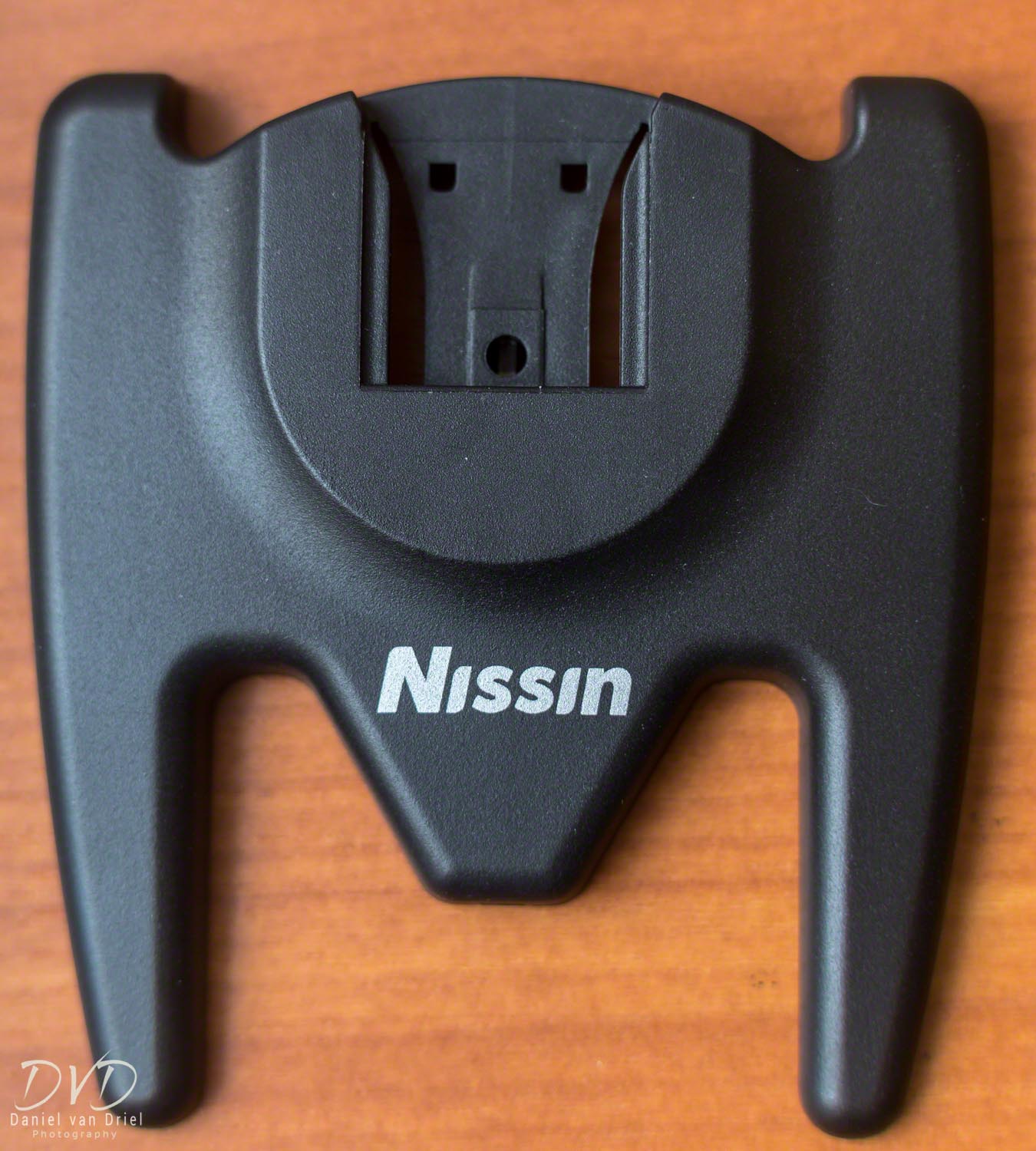 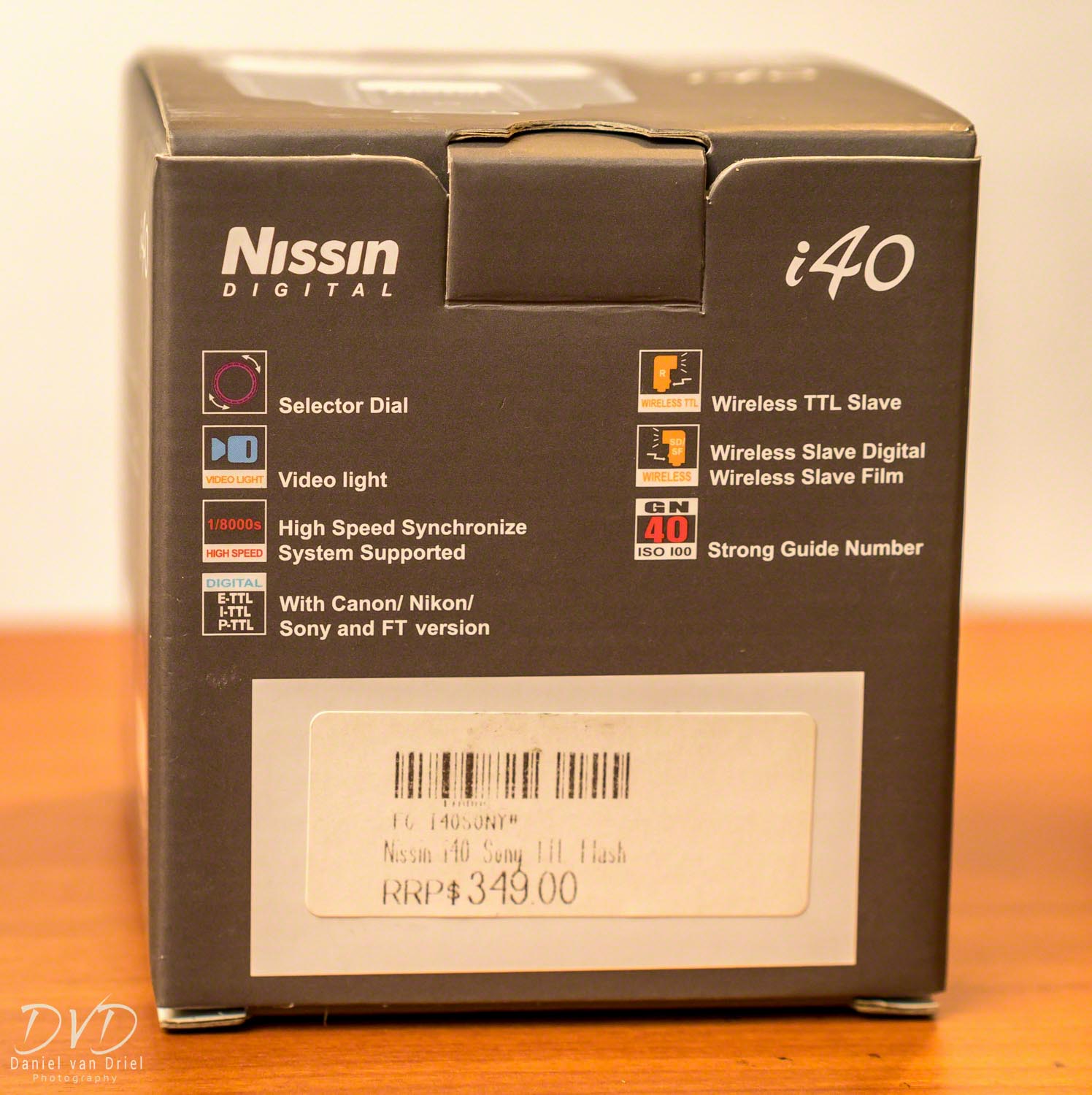 Box of Nissin i40 Flash

Opening the box, the flash comes with a case containing a cold-shoe mount in which the flash wobbles in, a carabineer which is is not to be used for climbing, and a flash diffusion cap. I recommend Panasonic or Sanyo Eneloop rechargeable batteries, as they have become the industry standard for photographers and have been tested to yield the fastest recycle times. 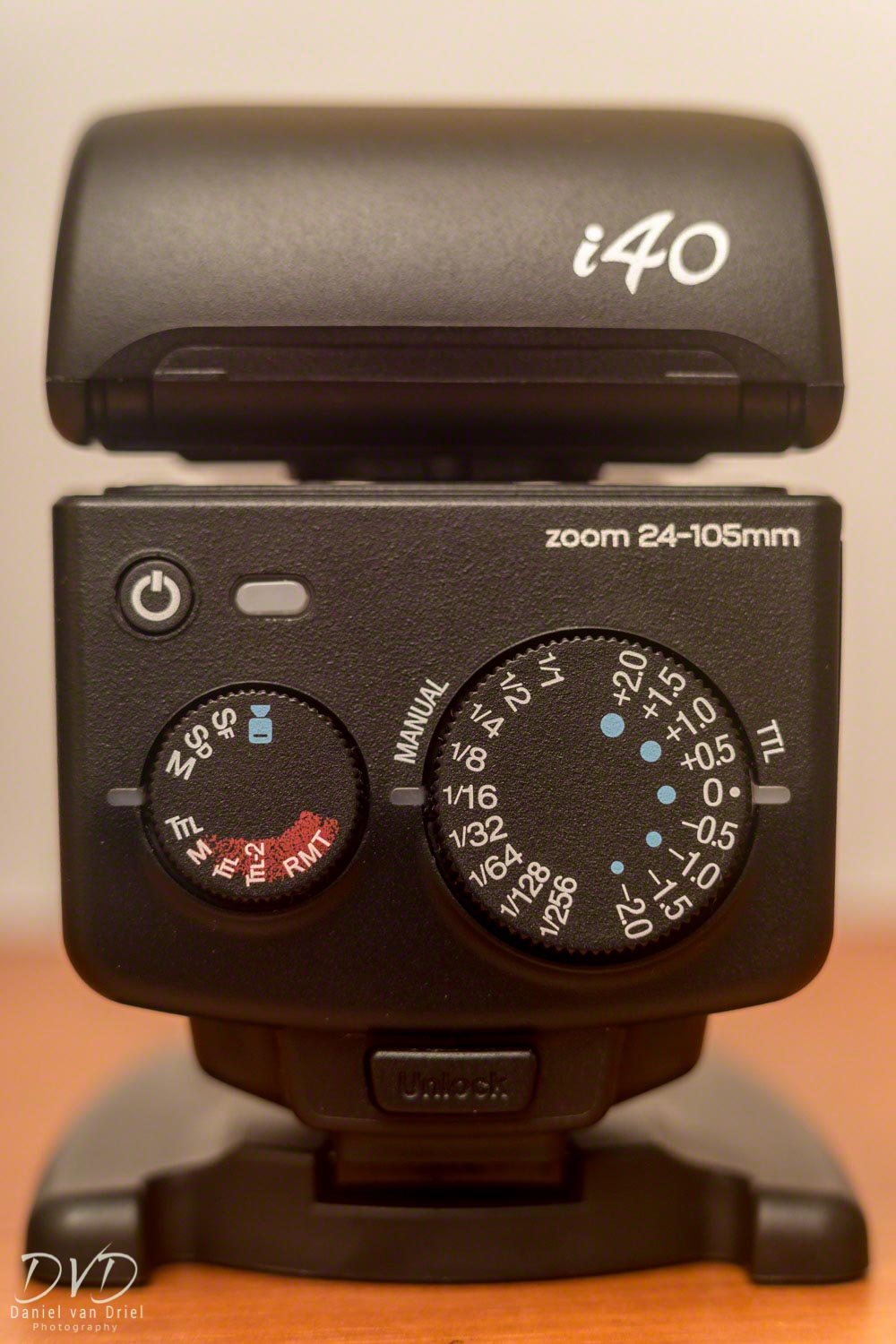 Back Dials of Nissin i40 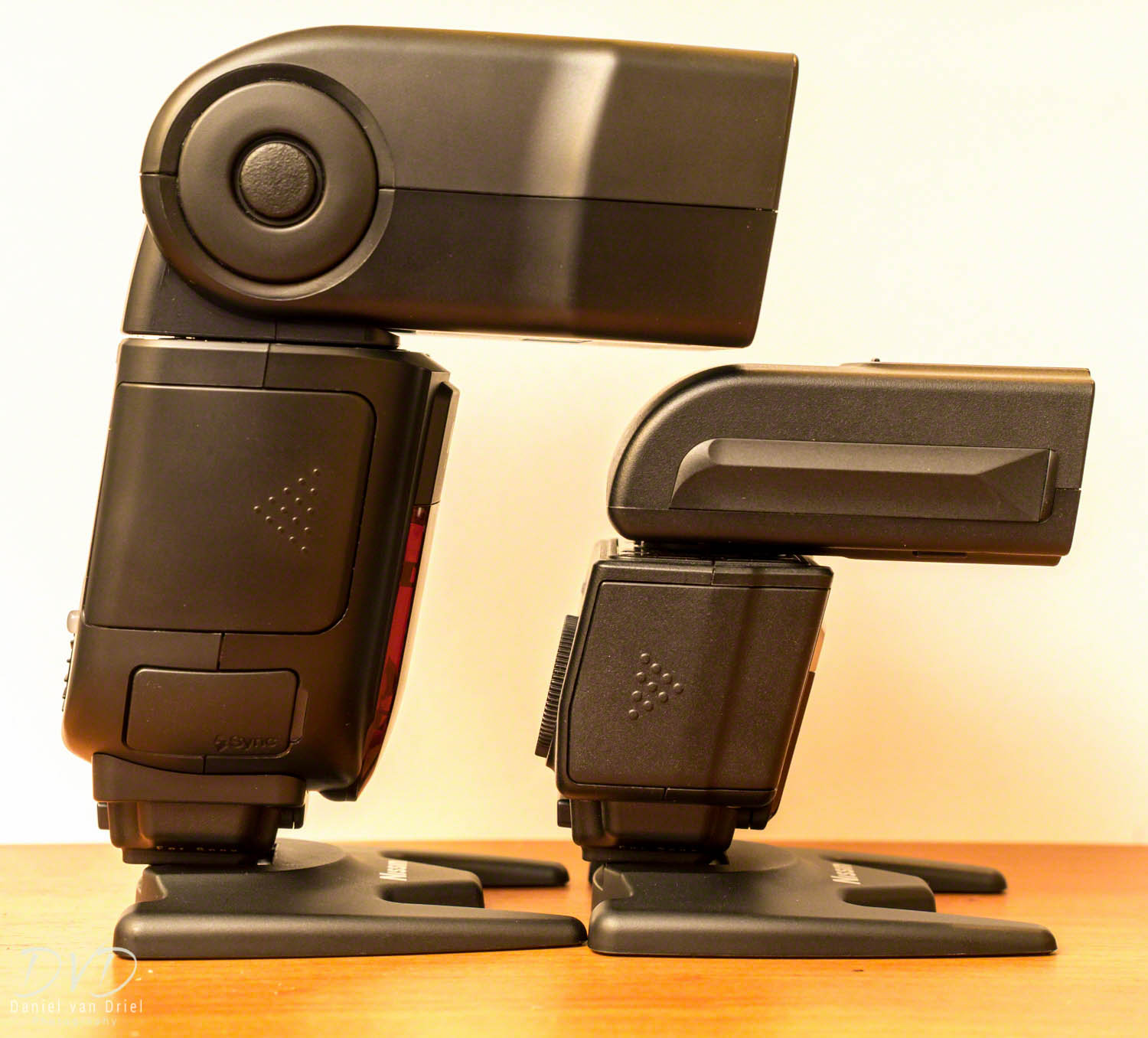 The small size and weight is perfectly suited to the Sony mirrorless cameras. Something unusual about the flash is there is no rear screen. Instead, the flash power is controlled through rear dials, which extends battery life. Unfortunately, they are not backlit, so you can’t see anything in the dark. The text also wears and can be scraped off over time. 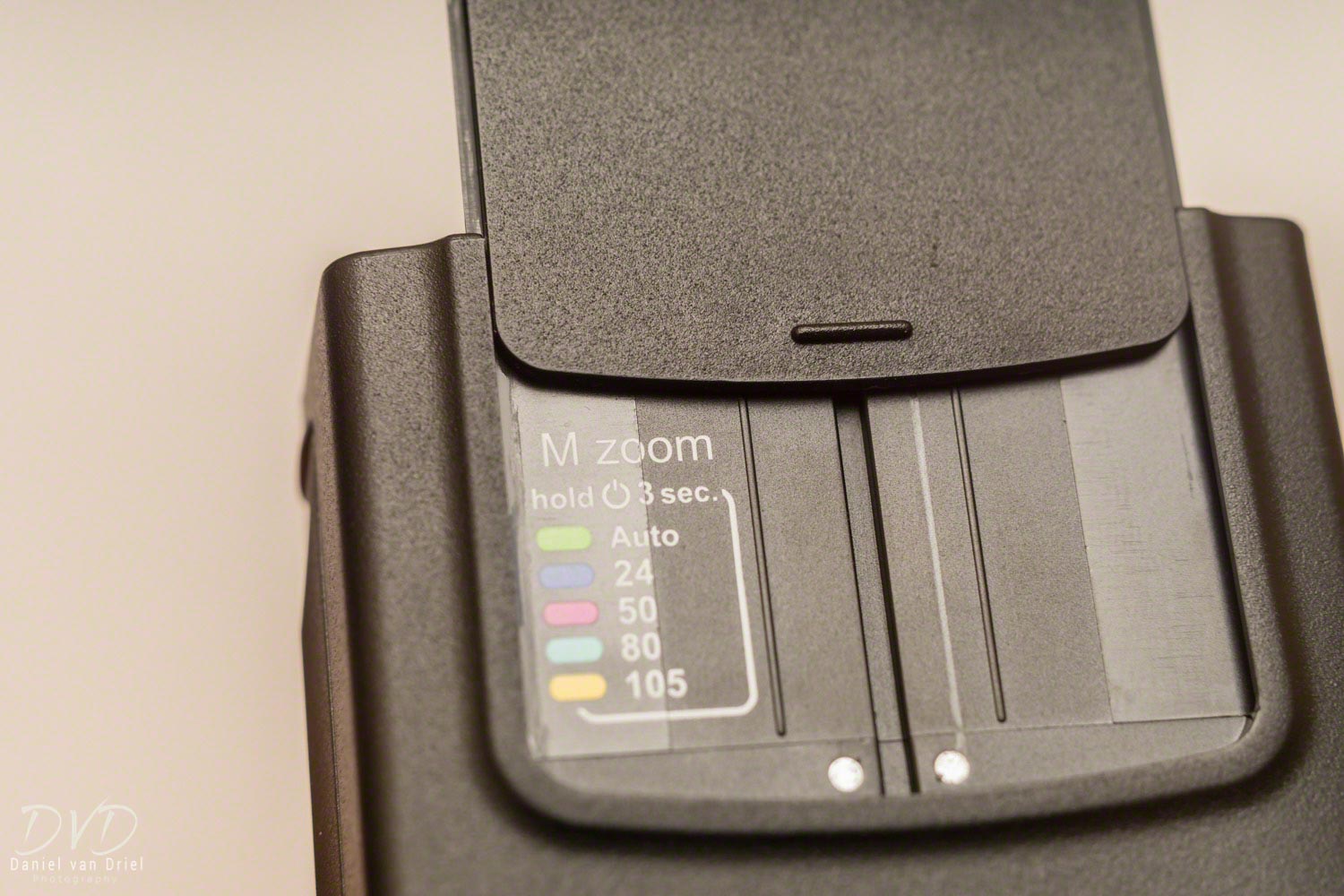 Zoom Control of Nissin i40 Flash

The flash is zoomed by holding the power button for three seconds. One major annoyance for me is I can’t manually zoom the flash in TTL or A (Automatic) mode. When pointed forward, the flash will zoom from 24mm-105mm depending on the focal lens of the lens used. One thing that amused me is it doesn’t account for 35mm full-frame vs crop sensor focal length conversions (e.g. 50mm on a full-frame camera is 35mm crop sensor equivalent field of view). This oversight is also seen on the Nissin Di700a, but not on the Phottix Mitros Plus. For more comparisons between the Di700a and the Phottix Mitros+, see my article: NISSIN DI700A WITH AIR 1 COMMANDER REVIEW (SONY) VS. PHOTTIX MITROS PLUS

In all other ways, the flash is cleverly designed. There is a 16mm (11mm APS-c equivalent) wide-angle diffuser incorporated into the flash head and a bounce card. The bounce card can be slid from the open and closed position and locks using magnets. Although clever, it can be a pain when using velcro, as taking a light modifier off can deploy the somewhat flimsy bounce card. Since the flash head is so small, it doesn’t perfectly fit most softboxes and other modifiers like my Magmod flash grids and gels.

One thing I still miss on my i40 and is absent on the Nissin Di700a and Phottix Mitros+ flashes is the video light. Although made of two tiny LEDs, it has become useful to find my gear in the dark, to attain focus, to light wedding rings and even in prestigious restaurants where I wouldn’t dare to flash.

Honestly, unlike most of my gear, I don’t have much bad to say about this flash. However, I’ll summarise the problems I have encountered in my use of this flash. Having read the manual, I noticed the flash is advertised to work in TTL with bracketing. Sadly, this function doesn’t work.

Although I wouldn’t expect it from a flash this cheap, the flash isn’t weather sealed.

The flash doesn’t fold flat, which can be a little awkward for storage. The flash doesn’t feature a PC sync cord or external battery input. Also, the flash is not as powerful as full-sized flashes, making it more difficult to overpower the sun or shoot at lower ISOs.

Finally, the flash makes a very audible noise when fired at full power or in rapid succession (capacitor charging). The same is true of the Nissin d700a, but not the Phottix Mitros+ or other first-party flashes. For many though, these gripes won’t matter.

My final gripes have nothing to do with this particular flash, but all Sony mirrorless flashes. The hot shoe is plastic and doesn’t fit well on anything but a Sony mirrorless camera hot shoe. It wobbles on the included flash bracket and pretty much all other accessories.

The flimsy plastic hot shoe would eventually show it’s weakness when a sideways force hit the flash and broke it.

Profile of Nissin i40

The Nissan i40 is a great travel and compact on-camera TTL flash. Due to the lack of wireless triggering options, it isn’t great for off-camera work. Overall, the Nissin i40 is great value for money.

This post has all of the information I could have needed. Thank you!!

Great review of this flash! Are you aware if you can shoot TTL with triggers on this flash?