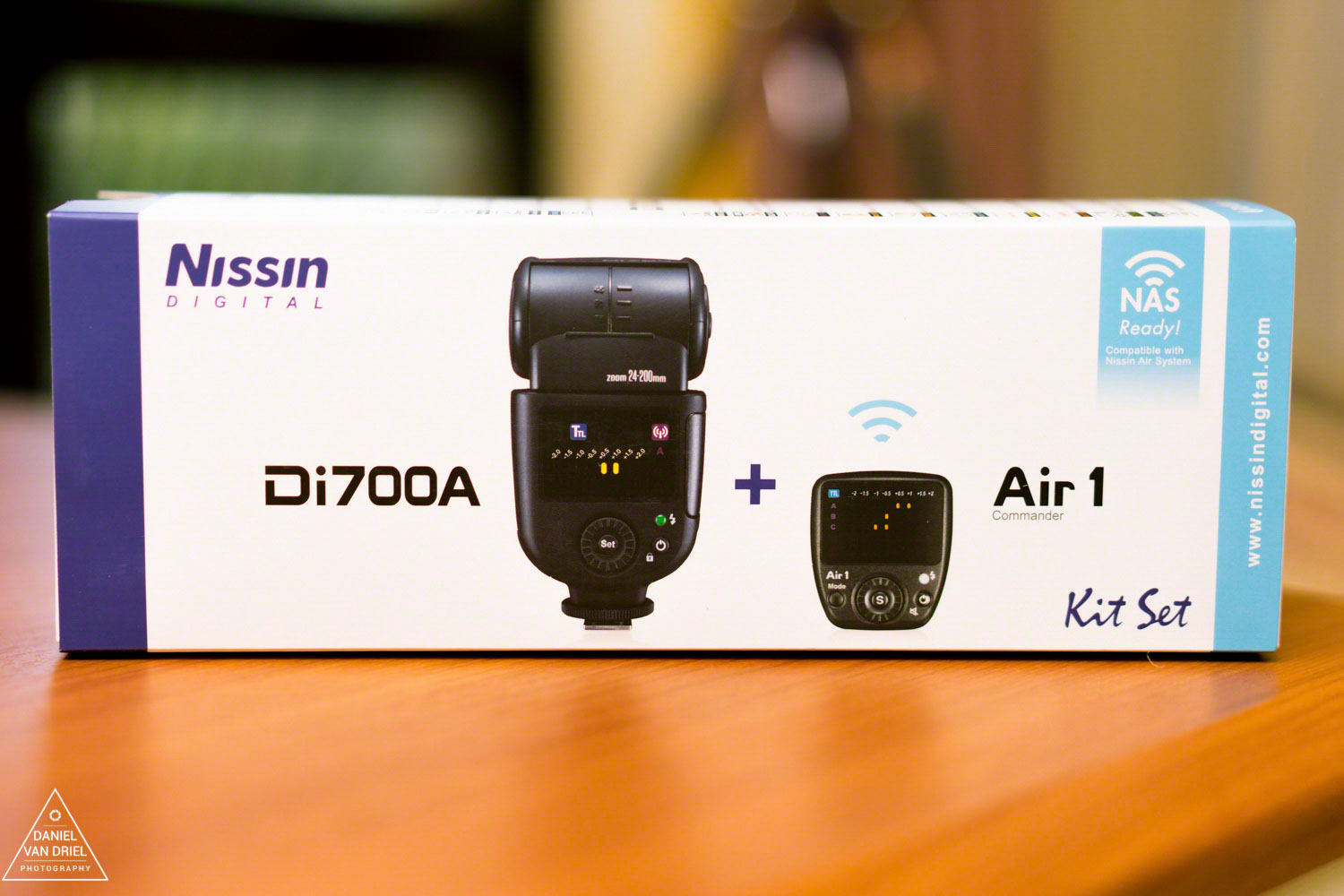 For a while now the only Through The Lens Metering (TTL) and High-Speed Sync (HSS) off-camera flash option for Sony mirrorless users was the Phottix Mitros +, until Now. This review will compare the Di700a to the Phottix Mitros Plus system and share my experiences regarding the Nissin flash for on and off-camera use.

Summary of Features of the Nissin Di700a w/ Air One Commander: 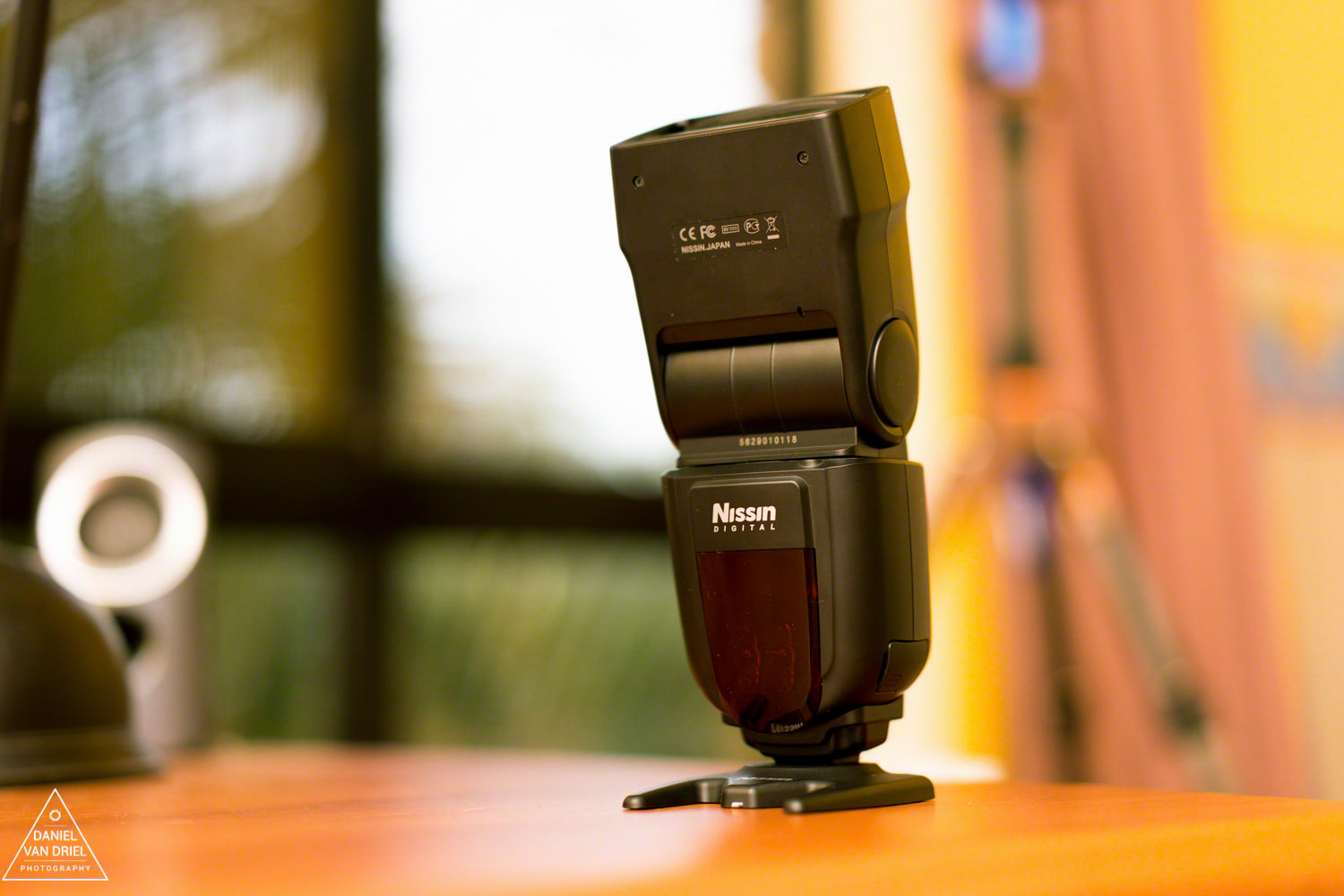 The main disadvantage of the Nissin Di700a compared to the Phottix Mitros + is the Phottix option is slightly more powerful (guide number of 190 ft, 58 metres at 105mm zoom, ISO 100) and the Mitros is a transceiver design. Meaning, it can fire other flashes when placed on the camera. The Nissin requires that the Air 1 Commander be on the camera to fire the flashes. More on this later.

There are a number of general user annoyances I have with this flash coming from my Nissin i40.

A big ergonomic disadvantage I have with the Di700a is for the flash head to rotate or swivel, you need to press a button on the side of the flash (as depicted above). This is incredibly annoying especially as the button isn’t consistent and hard to press in many situations. I can see why Nissin did this, to prevent the flash head from moving when being used for off-camera flash applications. I can’t say my Nissin i40 or Phottix Mitros+ ever had that problem though, even when it had my heavy Magmod light modifier attached.

One blunder I absolutely cannot understand is that the flash doesn’t have any control for the zoom of the flash head. For the zoom to be adjusted, it either has to be pointed directly forward (zoom automatically adjusts to the focal length of the lens) or from the Air Commander. Even the i40 had a way to adjust the zoom. Yet, it too wouldn’t work unless operating in manual mode and was nowhere near as refined or easy to use as Nikon or Cannon speed lights.

I would have really liked the flash to be a transceiver design. If I want to have an on and off camera Nissin Di700a setup, I am going to have to mount the Air One Commander on my hot shoe and hack together a solution that allows me to use the tripod mount of my camera or my lens to mount the flash.

The Air One Commander and the Nissin Di700a have no battery level indicator. This is forgivable on a flash as you can tell when it begins to take too long to recycle. However, I am always terrified that the Air One will die on me just before the Bouquet toss at a wedding (or another important shot). The Air One unit takes 2 AAA batteries. Another battery type I have to carry. Conversely, the Phottix Mitros+ does have a battery indicator and the Odin takes 2 AA batteries instead.

The Air Commander also is quite irritating to use. Having used them for a while now, I would have preferred the Phottix Odin way of doing things. For example, if you want to adjust zoom, press the zoom button.

The Air One Commander has a rotating dial to change pretty much every setting available. Add to this the set button, which just adds to how convoluted and oversimplified the interface is. The Phottix Mitros’s interface isn’t great either. It gives you access to far more options, but to adjust power levels you do so with many button pushes. The rotating dial on the Nissin system is nice in this regard.

The flash cannot do rear curtain sync in wireless mode. It defaults to first curtain sync, much like a manual flash with a radio trigger (i.e. Pocket wizard). Once again, the Phottix system does support this feature.

I have never made the flash overheat unless I used an external battery pack.

The flash makes a very audible noise when recharging. The Phottix Mitros+ and other first-party flashes make no such noise. The Di700a and i40’s recharge sound has definitely gotten me some strange looks at events and should be taken into consideration if you plan to be somewhat inconspicuous.

My final gripe is the hot shoe. All Sony mirrorless cameras use the Multi-Interface Hotshoe. Sadly, all Sony flashes have plastic hot shoes. In my experience, the flash feels very flimsy at the hot shoe and bends when an accessory (i.e. my Magmod grid and gels) is placed on the flash. My Nissin i40 hotshot broke and had to be replaced. This worries me is since I can’t purchase the Di700a in Australia, if I need it to be repaired, it will need to be sent back to B&H in the United States. For off-camera use, the flash wobbles significantly within the included hot shoe to 1/4″ tripod/light stand adaptor. it wouldn’t surprise me at all if it fell off or snapped completely. Having said all that, the Phottix has had many reviews stating the flash simply died, and, it too has a plastic hotshot (if you buy the Sony Mirrorless version). I just wish that they’d make it a metal hot shoe like the Nikon and Canon variants of the flash. I also found it somewhat questionable that the packaging for the Sony version shows a Nikon or Canon metal hot shoe. 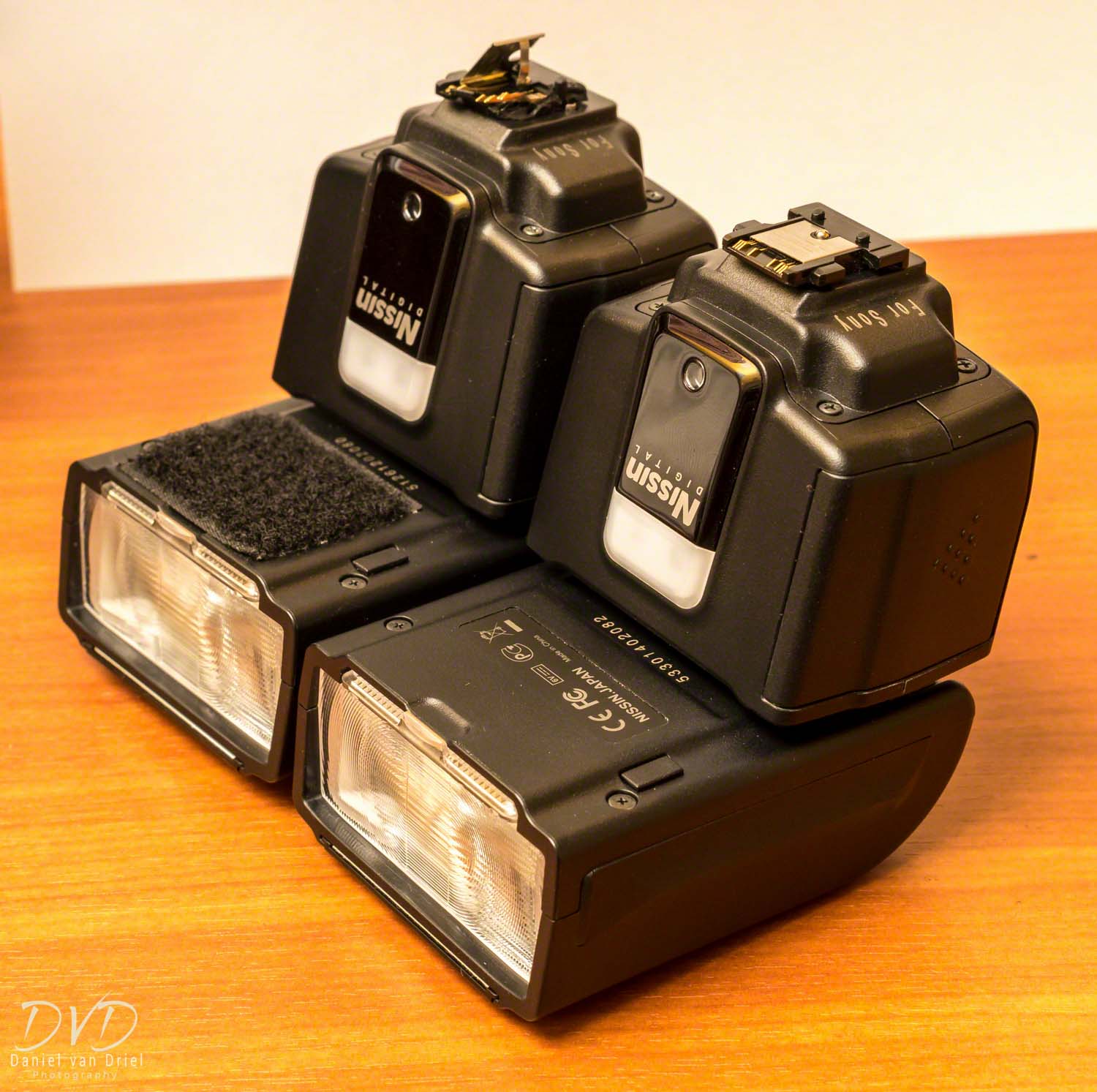 One great thing about this flash for weddings is the Di700a has a separate battery tray. You can have spare battery trays pre-loaded with batteries to immediately swap out of the flash! The only problem is, I just can’t seem to find the battery tray accessory sold separately yet, and the unit doesn’t come with a spare. It makes me wonder how Nissin could come so close to this being a feature, yet not actually give you the piece of plastic in order to let professionals take advantage of this.

The back panel is illuminated all the time. This is preferable to other flashes that either have manual dials that aren’t illuminated at all (Nissin i40) or need to be illuminated using a button (similar to a digital watch). The flash also has a lock function, so the settings won’t be accidentally changed.

The Air One Commander allows for the auditory notification of the flash recharge status to be turned on and off. This is great for the studio, where a sound notification telling that the flash has reached full power again prevents the photographer from losing shots by taking photos before the flash has charged. The beep is rather annoying however, so at weddings, I turn it off. The Mitros+ gives you the option to have the flash not fire unless fully charged, or fire at whatever charge the flash has reached.

The Air One can fire the Nikon and Canon versions of the Di700a.

One way the the Nissin Air system differentiates itself from other off-camera flash systems is it completely omits channels from its functionality. Instead, the flash needs to be paired with the Air One Commander. Once paired, the Air One Commander will only fire paired flashes. This compares to the Phottix system, that uses channels. This can become an issue when there are several people on the same channel in the same area. Both systems allow for grouping functionality.

Overall, a great flash for the money. I do think they have some refinements to do, however.

When I only have the Air One Commander on the camera, the setup I am carrying is so much lighter than carrying a flash on camera. Taking the flash off-camera for long hours of reception lighting at weddings is wonderful. It really makes mirrorless as light as it is meant to be. The Phottix Mitros+ is a more well-rounded option if you want the transceiver option or a more powerful flash with overall more features.

For the price, the Nissin Di700a is a good buy, offers more zoom versatility and is a great addition to the small number of off-camera options for Sony mirrorless.

For the future, I wonder when Sony will come out with their own radio triggering flash system… Also, I’d like to see studio lighting options from Profoto that offer HSS and TTL for Sony mirrorless. Next year, Nissin is rumoured to be launching wireless hot shoe triggers for other flashes for Sony Mirrorless.

If you learnt something, feel free to share this article, and check out my other reviews.

UPDATE: Phottix Odin 2 has been announced. It expands channel functionality, adds a rotating function wheel similar to the one found on the Nissin Di700a and Air 1 Commander (and more).